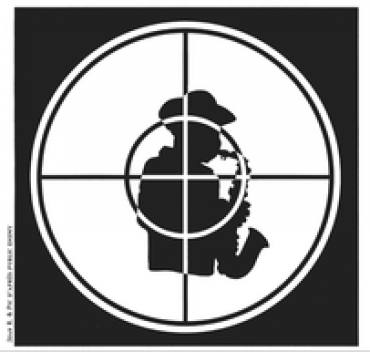 Davu Seru is a drummer from Minneapolis-St Paul, he plays with Donald Washington, Anthony Cox, Mankwe Ndosi, Milo Fine, George Cartwright, Didier Petit, Nathan Hanson, Evan Parker, Brian Roessler and has recently recorded as a trio with Guillaume Séguron and Catherine Delaunay. As a jazz musician, he gives us his impressions after the waves of police brutality against the black community in 2014.

Shaming tends to be the ugly instrument of folks who desire control over others, but, I must say, jazz evidently has a race and class problem that it won’t admit to. Art has no responsibility to politics, says some white man of time immemorial (and his unwitting proxies) trying to avoid responsibility for the human condition. If it is to escape what seems, in the digital age, like ritual closure of its destiny as commoditized labor (The Old Man beckoning Death), jazz will have to remember its debt to the black freedom struggle. A freedom struggle that recent news reveals as alive but unwell.

It seems impossible to have this conversation without a mouthful of Marxisms, race-naming and psychobabble. And, so, I don’t pretend otherwise. Jazz is, among other things, the desire that only exploited labor can produce. Yes, jazz is black; but it is also open to any willing and alienated participant. Sublimating blues complainers. But the dutiful worker of Protestant Reformation tells us not to complain. That our symbolic die-ins which put human lives before individual insult (we tell them that there behavior is racist) and inconvenience (we stop traffic) are meaningless. Write your congressman (in private). That’s how real change happens. Don’t you people have jobs?, says the fortunate worker recovering from the Great Recession.

Original Dixieland Jazz Band notwithstanding, it was when jazz went to college that it became white, at least in the eyes of those who would exploit it for profit and members of the black community who no longer recognized it. We all underwent a confusion that we have yet to recover from. Hard boppers and Black Arts Movement-folk sought to change this, but where is jazz collectively speaking on the issues of racist policing and grand juries? This racist police state.

No one expects a show of solidarity from Jazz at Lincoln Center, nor their corporate sponsors. Among the disparate voices heard from the jazz community online are Robert Glasper and Vijay Iyer on Twitter and Jason Moran (who adopted the Public Enemy logo as his profile picture on Facebook). Matt Shipp, who one can always rely on for an opinion on social problems.  In a blog post, Nicholas Payton gives an ambivalent nod to protests, asking marchers to produce a long-term agenda—ultimately asking everyone to work a little bit harder. But the most vocal public support for the movement comes from rap bards like Killer Mike, J. Cole, Twalib Kweli and Lauryn Hill and black multimillionaire athletes (Bulls point guard Derrick Rose and the Saint Louis Rams among them), individuals still personally tethered to the realities that urban blacks must endure. Young people asking the preachers of nonviolence to step down a let them lead…again.

I live and make music in a racially and ethnically diverse working class-and-worse-off community with a high police presence. As a black man born and bred in the American black bottom among police, my stake in the movement is obvious. I have managed to make the time to demonstrate solidarity in the wake of the Ferguson and Staten Island grand jury decisions. I intend to do more and what mobilizes me is the recognition that historical change is occurring; and historical change should always make you reconsider what you are doing in the present moment. Founded in the wake of the Trayvon Martin tragedy, #BlackLivesMatter is a movement formed by a younger generation of activist using social networking as an organizing tool. The movement exists as a “call to action and a response to the virulent anti-Black racism that permeates our society.” Many of us throughout the world have heard and responded to the call. Others heard it some time ago. In the Twin Cities we began in solidarity with fast food workers striking for a livable wage and disrupted citizen’s everyday habits so they knew that “we” meant them too. Passers-by responded with both encouragement and derision. Voices emerging from the silence nonetheless.

A music so steeped in an ethos which bends progressively toward leading one’s own band breeds individuals who have a hard time following leaders. Perhaps we feel more comfortable discussing social ills and injustice in private, on our own terms. Once there we often affect a cool response to what seems most typical about human behavior, if not redundant. But the cool pose has always been tragic. I have had many private discussions with musicians since the Ferguson and Garner decisions, one in which an especially compassionate and earnest friend admitted to playing Mingus’s “Fables of Faubus” many times in private practice. A private ritual for one who simply lacks the words. In public no one has found the words. Besides, what would do with them?

I met with a fellow artist and elder student of the Black Arts Movement to discuss artistic strategies for responding to the news of Ferguson and Staten Island, news that, to him (born and bred in a segregated Alabama), was all too familiar. He claimed that, to be of any value, art-as-protest would need to avoid issues “ripped from the headlines.” That even “Fables of Faubus,” in some ways, missed the mark because its message could not survive in posterity among audiences ignorant of history. I told him that the Ferguson grand jury decision made me think immediately of Faubus, and that others have related the same. He told me I was among the hip few. Those of us who know what “Alabama” said about black innocence; that it wasn’t that “Freedom Suite” did not need a piano, it did not want one;  that “We Insist!”  meant that the past is present and black; that “Attica Blues” told the people there was hope for a way out. Know why Miles called Charlie Haden a “crazy motherfucker” after the Portuguese police almost made him disappear. Hip enough to know why Fred Ho’s work stands-out in relief, but only alongside Nina Simone's.

Meanwhile, people are calling what is happening in our predominately white Twin Cities jazz scene a Jazz Renaissance. They cite a renewed interest by high school students and cultural institutions. Local jazz musicians in mediated collaborations with unionized orchestra members and prominent New Yorkers. Of course, the mainstreaming industry goes back to at least the swing era of streamlined, uniformed bands on the Edwardian society scene that made us feel better about our Great Depression. When jook joint turned lindy hop. Today’s Renaissance answers a need forced on musicians by clubs closing doors or struggling to survive and remain relevant to a mainstream American audience who can only handle America’s music in very small doses. We musicians bide our time between paying gigs by lending our services to restaurateurs so that they might better sale their marked-up menu items, ashamed that we too have become menu items but of little value.  When all the evidence points to our needing a Jazz Revolution.

Fables, of course, turn on a moral. A moment when an action opens us to a revelation so that we don’t have to relive the moment. They are about progress. If we remember that Civil Rights and Vietnam era protests begat the neoconservative movement and a liberal move toward the center and the new global economy, we can expect a renewal of the reactionary spirit. A cementing of the work ethic. How do we move forward together? Only once we cease fighting for the scraps of recognition that the decision makers have provided for us and desire something more meaningful and sustainable. When we own our black past, listen to the voices emerging from the lowest frequencies and recognize them as our own.  Perhaps then we will have the words, the poetry with which we can draw others closer and make jazz. When we truly lead.