EVEN BEFORE COVID MUSIC WAS BROKEN, par Tim Burges dans The Guardian 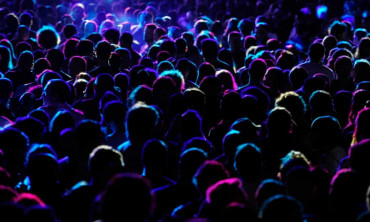 Even before Covid, music was broken. Let's use this moment to hit reset - Tim Burgess

The present streaming model makes artists acutely vulnerable to shocks like the pandemic. Something’s got to change
(Tim Burgess is lead singer of the Charlatans)

The entire world is in crisis, so you could be forgiven if your first thought is not for the welfare of professional musicians. The image of the pampered rock star sashaying around the grounds of their mansion clutching a bottle of vintage champagne isn’t one that would elicit much sympathy. But that cliche, though true for a tiny few, disguises the reality of life for the vast majority. For years, so many musicians have had to have more than one job to pay their rent – and I’m not just talking about young upstarts in bands that aren’t on the general public’s radar, but familiar names that you’ll know if you listen to BBC 6 Music or read any music magazines or websites.

Even so, things were kind of OK: live shows were thriving, and that meant the chance to head out and play – not just in the dozens of venues here in the UK but also on legendary stages such as Paradiso in Amsterdam, the Bataclan in Paris and at some of the best festivals in the world, like Benicàssim and Primavera in Spain. The excitement of leaving home to play gigs in Europe is still with me after more than 30 years.

So this year has been a double whammy. Not only did gigs and festivals just shut down after March 2020, but as that year limped into this one, British artists found out that the Brexit deal didn’t carve out protection for us. Any shows in the EU will require visas, carnets, paperwork and general red tape, cutting off this amazing experience for all but the biggest acts. And then there’s the flipside: many venues across Europe rely on British artists to sell tickets and keep them going.
(...)